The Association for Innovation in Agriculture for a long time has been undertaking actions aimed at opening new markets for Polish food manufacturers. In the Middle East region, one of the most interesting markets for Polish agricultural products and Polish food industry is Iraq. Poland has had traditional and good economic relations with Iraq, weakened currently by the long-lasting wars and domestic conflicts in Iraq. Poland is the largest poultry meat manufacturer in the European Union, therefore we should in particular take care of opening the Iraqi market to the Polish poultry meat. The Association for Innovation in Agriculture for a longer time has been taking steps to initiate official veterinary and sanitary procedures aimed at international establishments regarding health certificates for poultry meat from Poland on the Iraqi market. The Association has also commenced active promotion of the Polish poultry meat on the Iraqi market and organized a business trip for a group of 15 poultry manufacturers and processors to Agrofood Baghdad International Fair from 7 until 11 October 2018 within a task financed from the Poultry Meat Promotion Fund. Participation of a large group of Polish poultry meat manufacturers in Agrofood  Baghdad International Fair was an event that attracted the attention of Iraqi media (relations in the press and on TV, interviews with the management of the Polish group, the Association’s CEO Krzysztof Łuczak). During the Fair there were many meetings with the representatives of Iraqi authorities interested in the Polish offer, as well as with potential business partners from Baghdad, Kurdistan and the region of Najaf. The booth arranged at Fair by the Polish manufacturers was distinguished by its decor and frequently visited. On the very first day of the Fair, our booth was visited by the Deputy Minister of the Republic of Iraq, Mahdi Al. Jubure, the Deputy Minister of Commerce Waleed As Mussawi PhD, as well as by the Prime Minister Cabinet’s Manager for Economic Growth Soubhi Al. Haiti. Especially warm welcome as a guest of our booth was received by Mr Assad Abu Gulel, a former ambassador of Iraq in Poland, a great friend of Poland and Polish farmers, who invited the whole Polish group to visit the region of Najaf. Therefore, the next day there were meetings in the city of Najaf, the capital of region inhabited mainly by the Shiites, organized by the Regional Economic Chamber. The talks took place at the Chamber headquarters, where the Polish delegation was received by the Chairman Abdul Mahdi Al Mudafar and the Chamber members concerned about contacts with the Polish manufacturers (Messrs: Ali Mussawami, Faik Abdulrasul, Haider A. Khadim).

Later, the talks were transferred to office rooms in an unusual place, i.e. Imam Ali mosque (memorial of Prophet Mohammed’s stepson and son-in-law, a saint figure for the Shiah islam). The mosque is also according to legends a burial place of the forefather Adam and patriarch Noah, thus for the Shiah Muslims it is one of the most sacred places, just after Mecca and Medina. The discussions were led by the mosque manager Yousif M. Radhi, the participants were the members of the local Shiah community and Jaber Kadhim Taher PhD from the University of Kufa.

Polish manufacturers had an opportunity to present their production and export potential, as well as technologies applied, fully conforming to the European Union highest standards. The Iraqi hosts presented the stage of negotiations with Poland regarding health certificates for poultry meat, informed about signing the most important documents within the pending procedure for international agreements and assured of the Iraqi market opening to the Polish poultry meat. On the same day, the Polish booth was visited by interesting commercial partners and representatives of the interested institutions, among others Joseph Al Shammari, a trader from US conducting food sales on the Iraqi market, Hilal H. Mohammed PhD – a representative of  Food and Agriculture program for the United Nations Organization, Khdeer Mohhamed – a building entrepreneur interested in constructing food processing plants in Iraq. Then, the Polish group met the bosses of a large investor group from Baghdad, interested in cooperation in agriculture and commercial cooperation: Saad Alrawy PhD – the manager of agricultural project team and the Chairman Abu Nadeer, the group manager.

On the last day of the visit to Iraq, almost at the time the booth was closing, meetings were held with Kahtaan Al. Juburi PhD, the economic manager of the Higher School of Aviation and Ibrahim Al. Tikriti PhD, representing Sallah Al Din City municipal board. After a short visit to the Iraqi National Museum, reopened after the war havoc, the group flew back to Poland. We hope that the participation of the Polish poultry manufacturers in Iraqi Agrofood Fair was the starting point for good cooperation with Iraq and the cooperation shall result in many export contracts.  The Board of the Association for Innovation in Agriculture would like to express thankfulness to the Republic of Iraq Embassy in Warsaw for the invaluable help in preparing the business trip. We also wish on behalf of the Association and all the business trip participants express our thanks to Mr Walaa Jawdat Ali PhD, our tireless guide around Iraq, the organizer of many meetings, owing to which our stay at the Fair was useful and interesting for all of us. 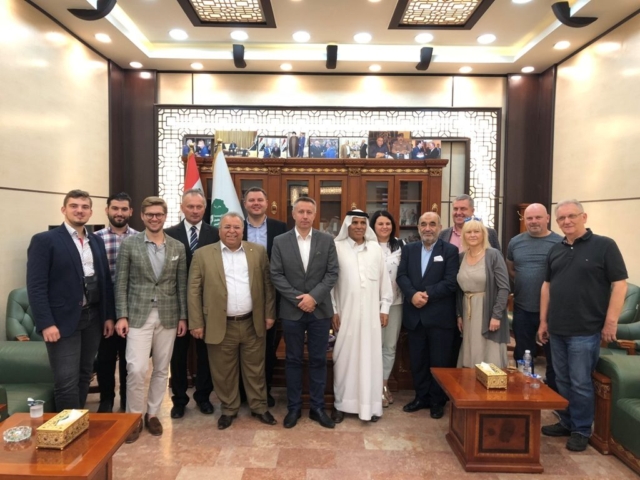 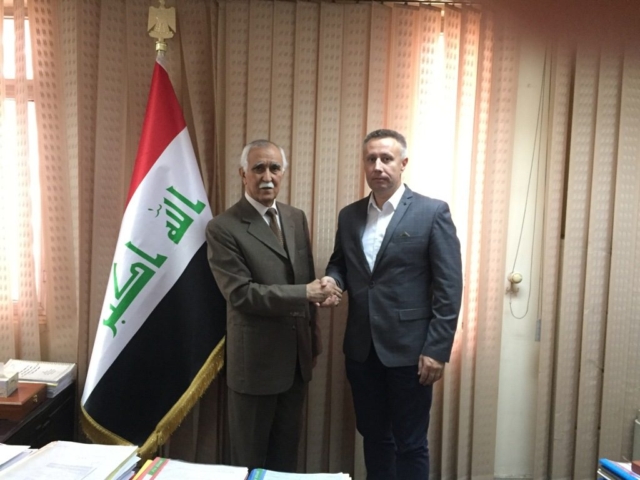 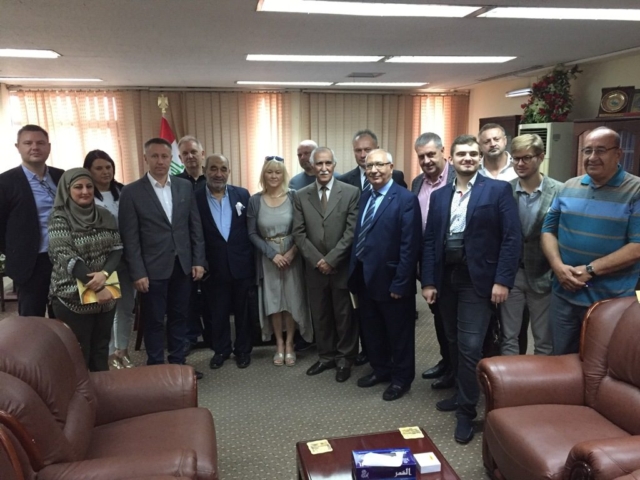 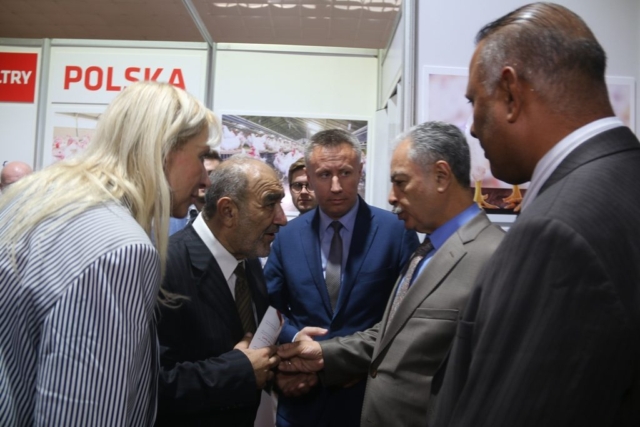 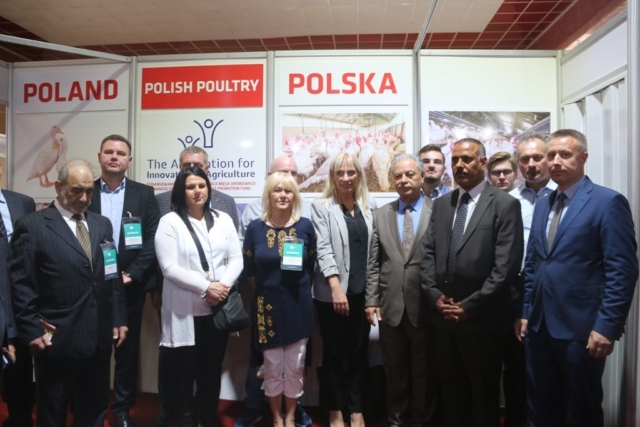 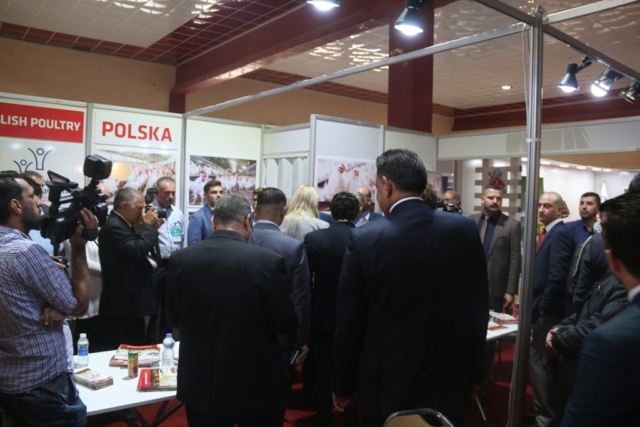 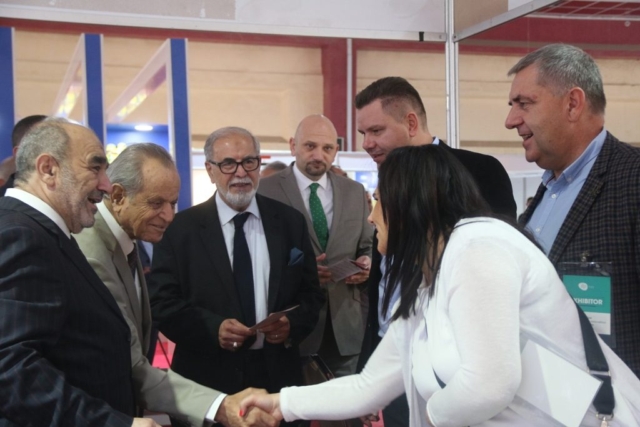 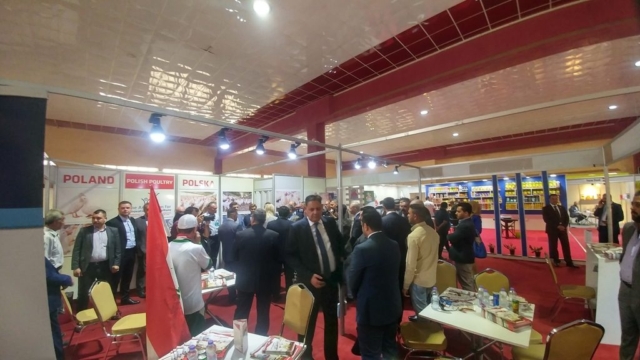 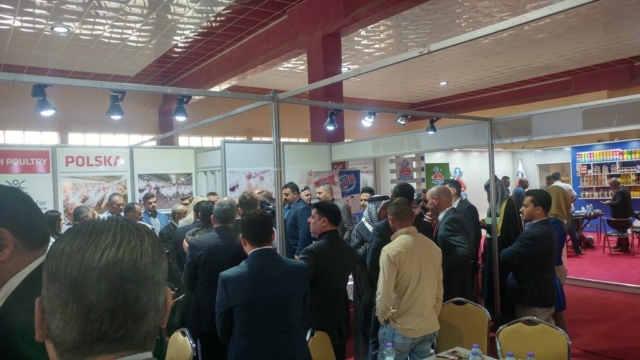 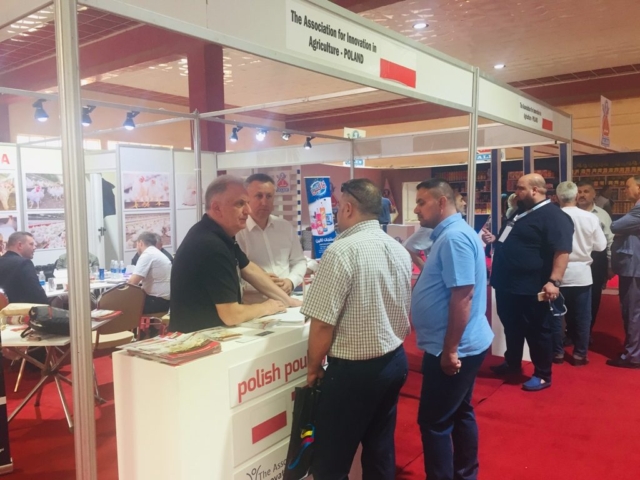 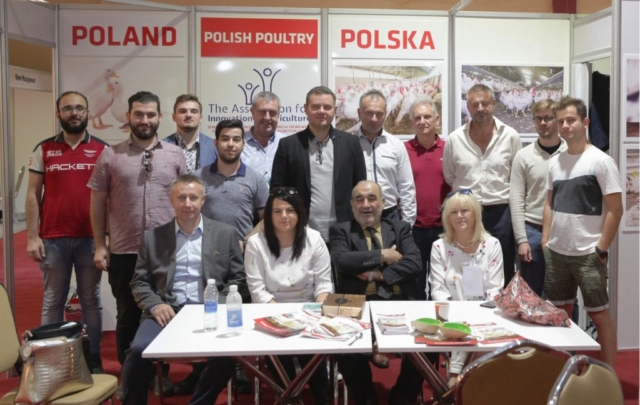